Father Francis Xavier Weninger, a famous Jesuit missionary, came to St. Joseph's Parish to preach a mission. Father Weninger preached on then, Blessed Peter Claver, who was believed to have great intercessory powers with God. Mrs. Strecker, who happened to attend the service, was so impressed that she hurried home to implore her dying husband to seek the help through the intercession of Blessed Peter Claver. 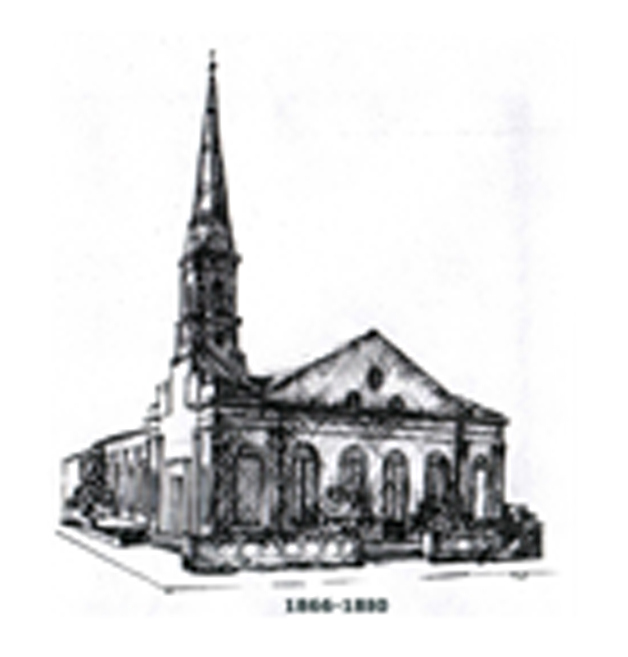 The next day, Wednesday, March 16, 1864, Mr. Strecker managed to drag himself to the church. He arrived just as Father Weninger was blessing the congregation with a relic of Blessed Peter Claver. Observing Mr. Strecker's extreme weakness, the priest allowed him to kiss the relic. Immediately, Strecker seemed to experience a resurgence of strength. He began to heal and within a few days he returned to his job. In a few months, he was restored to full health.

Two years after this spectacular cure, the Most Reverend Michael O'Connor, SJ, made a thorough canonical investigation of the incident. In 1887, the miracle was formally declared authentic by Cardinal Bianchi in Rome. This miracle was chosen as one of the two required miracles in the canonization process of Blessed Peter Claver. Peter Claver was canonized a Saint the following year. St. Joseph’s Church became the only church in St. Louis to be the site of a Vatican authenticated miracle. It developed a legend of assistance to the afflicted.

In August of 1866, work progressed on the remodeling of the church. During that time, there was an outbreak of cholera in St. Louis. St. Joseph's Parish alone was experiencing as many as 20 burials a day! Cholera, it is now known, is caused by contaminated drinking water and was contagious. The Jesuit Fathers and Brothers of St. Joseph did what they could to help the people. Even the greatest medical minds of the time did not know how to combat this deadly disease.

At the height of the epidemic, Father Joseph Weber, pastor of St. Joseph’s Parish gathered the parishioners together. A solemn vow was made to St. Joseph, that if, through his intercession, God would protect the parishioners from the Cholera epidemic, they would erect a suitable monument to their titular patron in thanksgiving. Then and there, the congregation pledged an initial $4,000.00 for this purpose (approximately $82,600.00 today).

From that day on, not a single member of any family who had signed the vow and pledge died of the dreaded disease. The parish decided that a fitting monument to St. Joseph, to express their gratitude, would be a special altar installed for their newly remodeled church.

Bueschers of Chicago, famous for their religious artwork, were employed to carve an elaborate altar. It was designed as a replica of the Altar of St. Ignatius in The Church of the Gesù, the Mother Church of the Jesuits in Rome. The only exception was that the figure of St. Joseph and the Christ Child would be substituted as the central figures in place of the figure of St. Ignatius. Beneath the central figures appear the words: "Ite ad Joseph" Go to Joseph.

Known as The Altar of Answered Prayers, because of its origin, this beautiful work can still be seen at St. Joseph's Shrine, where it serves as the Main Altar. It was installed early in 1867, at a total cost of $6,131.00 (approximately $130,400.00 today). The grateful parishioners raised the additional funds, above their original pledge, in recognition of their deliverance from the cholera epidemic.

The primary remolding was completed in 1866. Father Pierre Jean De Smet, SJ, noted missionary to the Indians, officiated at the dedication services on December 30, 1866.